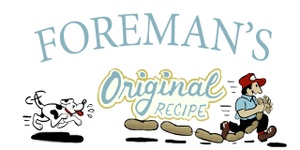 As the founders and owners of Foreman’s, Mark and Mitzi have worked tirelessly to grow our  business to  where it is today.

getting to know our company

Our journey began in 1979 when Mark Foreman, Sr., started making boudin, sausage, and hog head cheese in an outdoor kitchen behind his father's home in Lake  Charles, Louisiana. Through trial and error, he developed the original recipes of Foreman's Boudin Kitchen.

In the late 1980's, Mark Sr. and Mitzi opened a meat market in Cameron, Louisiana. The business was successful for many years, but wanting to change locations, they sold the store and moved back to Lake Charles.

For the following six years, Mark managed Chardele's Meat Market where he also made boudin and cut meat while Mitzi focused on raising Mavy and Mark Jr. When Chardele's closed, the two packed up the kids and headed to the small town of Dry Creek, Louisiana.

On August 31, 1994, Foreman's Meat Market and Boudin Kitchen was opened. After a couple of years, Mark and Mitzi realized the growing demand for their boudin and sausage. As a result of this, a wholesale side of the business was opened in 1996.

While Mark Sr., began building routes and delivering product all over Southwest Louisiana, Mitzi ran the day to day operations at the store and the wholesale area. Since that year, Foreman's has expanded into a USDA inspected facility that delivers product throughout our great state.

These days our products are still produced in house with Mark Jr. and Dustin running the day to day operations at the kitchen. They continually oversee that our recipes stay simple and original while the quality remains excellent.

"Louisiana food made the Louisiana way."